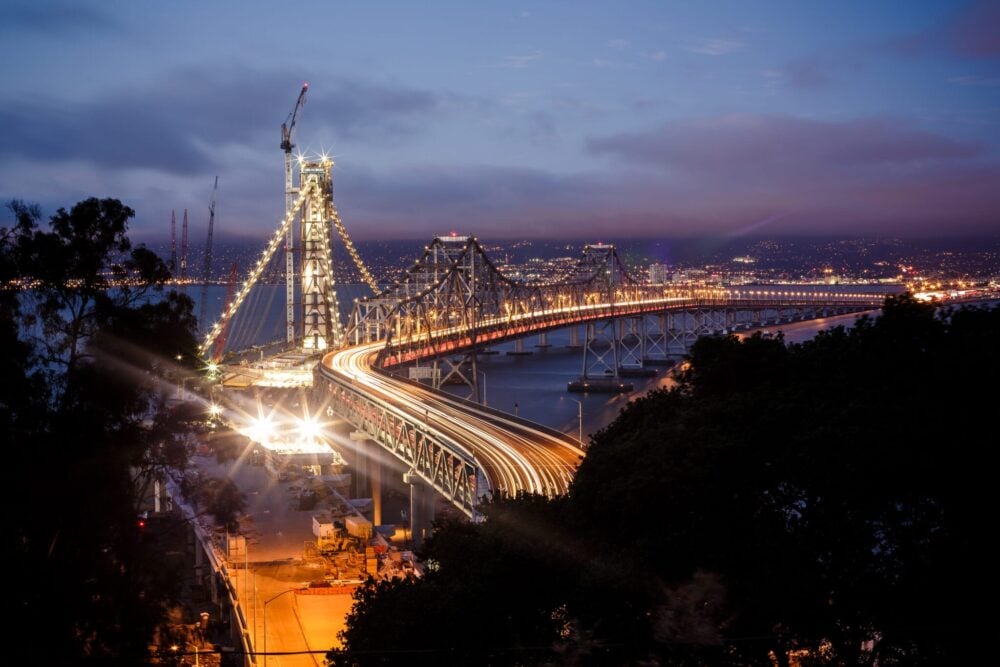 East Bay or West Bay, that is the question. The San Francisco area has become undeniably desirable in recent years as the area gains a reputation for being environmentally conscious and socially progressive, not to mention the rapidly expanding economy with the startup and tech boom. But if you’re looking to move to the area, which side of the Bay should you choose? After a bit of research, we’re pretty sure you’ll decide on the East Bay. Here’s why moving to Oakland should be your next step.

A quick scroll through the real estate listings or Craigslist rental ads might set your head spinning with the difference. Oakland is, on average, costs half more to live in SF. Overall cost of living in Oakland is lower, too — grocery bills in the East Bay are about 15% lower than across the bridge, and a little bit of number crunching tells us you’d need to be making about $2,000 more per month to maintain the same standard of living in San Francisco as you could enjoy in Oakland. That’s a pretty big chunk of change.

San Francisco is crowded. It just is. Just based on the numbers, there are slightly more than twice as many people living on the west side of the bridge (829,00) than living in Oakland (402,000), and San Francisco’s population density is more than twice that of Oakland. Also, in the last 15 years, Oakland, California has added more than 300 acres of parks and open space and planted 10,000 more trees, meaning you’ll literally have more space to breathe. Add a significantly lower skyline profile and the lovely Lake Merritt, and the quality of life in Oakland will give you more space to spread your proverbial wings.

Oakland has a growing and diverse entertainment/art scene

Artists, DIYers, and creatives have flocked to Oakland over these past years as SanFran’s skyrocketing rent prices have made studio space prohibitive. That means Oakland is full of street art (like the beloved telephone pole gnomes), galleries, and street festivals celebrating the arts and entertainment culture. Back in the day, Oakland gave birth to famous musicians like MC Hammer, Michael Franti, and Tupac Shakur, and it continues to nurture a blossoming music scene with everything from jazz and garage rock to a more experimental side.

Economically, racially, and culturally, Oakland just has a lot more diversity and variety — a 2014 Census analysis by Pricenomics confirmed it. A significant part of that has to do with housing availability, but this diversity also speaks to a community feel that San Francisco just doesn’t quite seem to have anymore. The artsy counterculture that once was Haight-Ashbury Street moved across the bridge when Jefferson Airplane left the area, and now you’re more likely to find drum circles and community yoga classes in Oakland’s parks. The city’s rich history as a hub for multiculturalism is still strong, and the community’s pride in this diversity suggests that hopefully, it will stay that way for a long time to come.

Part of Oakland’s thriving DIY culture is a vibrant urban farming program. Backyard mini-farms, turning abandoned green space into community gardens, and a major emphasis on eating locally means that hitting up the market is one of the coolest things to do in Oakland. You can not only get some pretty fantastic veggies, but you can keep your finger on the pulse of all things local: art exhibits, upcoming events, and of course, who’s who. Moving to San Francisco might get you access to some lovely organic boutique shops, but really, nothing beats tomatoes fresh off the vine from your neighbor down the street.

Still not convinced? Read this article to find out why everyone is moving to Oakland! And… for a list of movers in Oakland visit our Oakland city page.