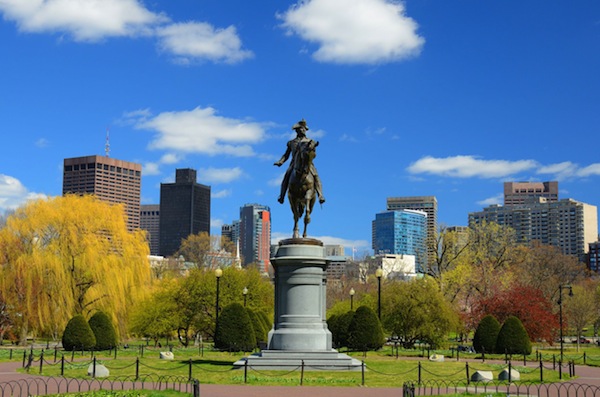 Despite its large size and dense population, Boston is one of the few big cities that actually feel more like a small town. There are pizza joints here that are older than you, and when someone strikes up a conversation on the bus or standing in line at the café you do not have to secretly wonder if they are sizing you up to see what they can steal. So, it is easy to understand why so many people return home eventually. Whether you have just finished school and are coming back to find a job, or if you decided the grass really isn’t greener elsewhere, you will feel right back at home here. However, do not expect everything to be the same. This city has seen a lot of growth and a multitude of changes in recent years.

Boston’s Italian enclave known as the North End underwent a significant transformation in 2008. In addition to new development, “The Big Dig” was opened in 2006, finally eliminating the need for the highway on stilts that was an eyesore for so long. The neighborhood is quieter and much more attractive now, thanks to this $15 billion project.

Boutiques blossomed across the South End, as have a number of high-end restaurants with award-winning chefs. South Boston’s Fort Point Channel opened, and several hotels have emerged along the waterfront.

In South Boston, you will notice construction taking place on 23 undeveloped acres of land. Seaport Square is a planned neighborhood to live, work, play, shop, and eat. Also, the New England Aquarium just underwent a complete renovation. Boston has already been known as the city that constantly changes. You cannot appreciate how true that statement is until you return after being gone a while.

Places to Check Out

Do also check out the 5,000 Moving Parts exhibit at MIT Museum, the Children’s Carousel at Rose Kennedy Greenway, Blind Tiger in the South End, Bar Louie in the Marriott Residence Inn in Fenway, Back Bay Harry’s in Back Bay, and of course, Boston’s Food Truck Revolution, serving up delicious and affordable food from gourmet trucks all over the city, especially City Hall Plaza, Copley Square, and Rose Kennedy Greenway!

As you already know, one of the greatest things about living in this city is its location. It is centrally located, and close to an array of fun travel destinations you can easily drive to and from in a day.