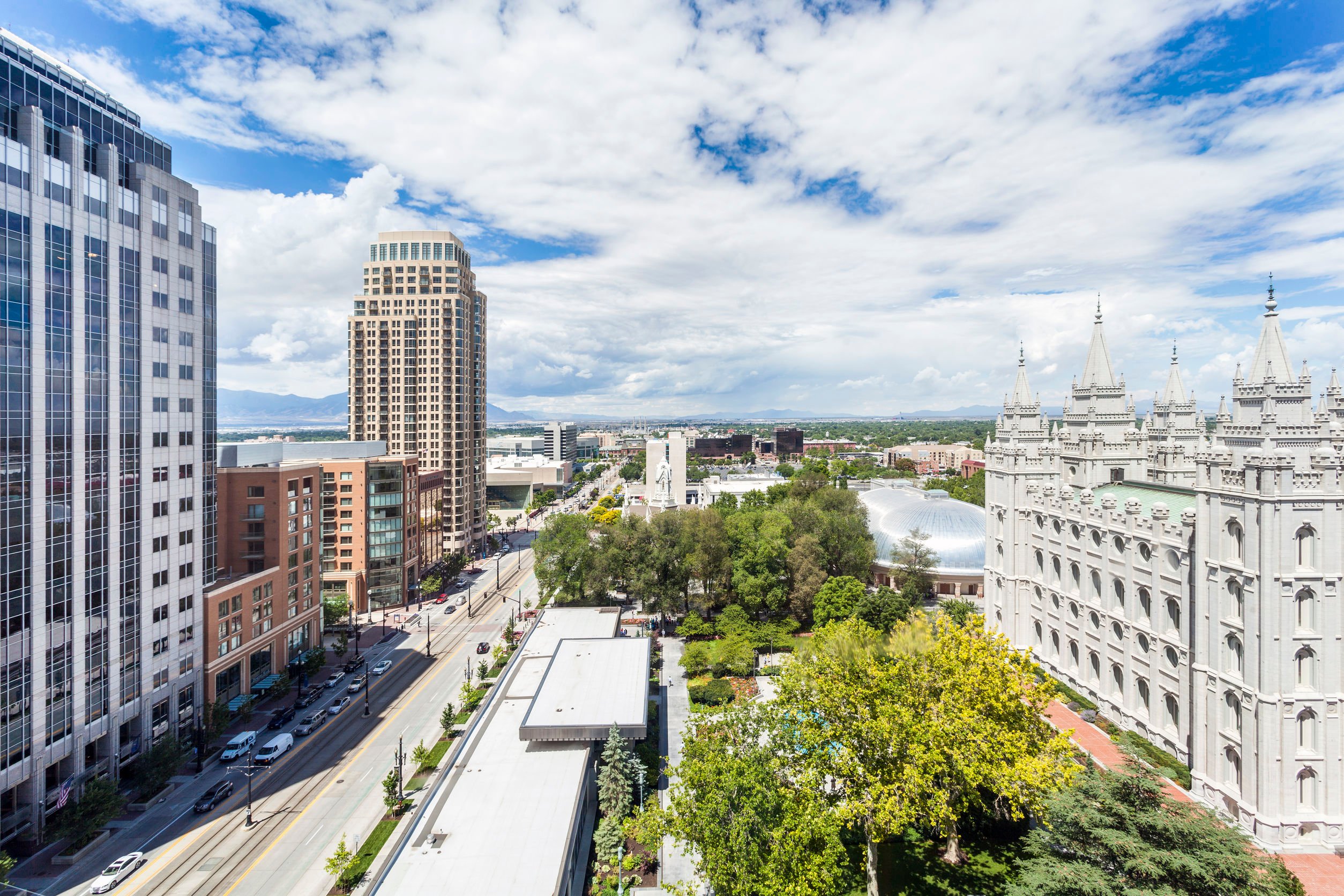 Salt Lake City has been called the “Crossroads of the West” because it is centrally located between many large metro areas including; Los Angeles, Portland, Seattle, Phoenix, Denver, and San Francisco. With lots of outdoor fun, abundant jobs, and a moderate four-season climate, Salt Lake City is a great place for young professionals to live!

Salt Lake City has a well-educated population; 30.9 percent of residents hold a bachelor’s degree. Companies have taken notice, and a large number of businesses are located within the city. For instance, Salt Lake City is home to the country’s largest industrial banking center, and its geographical location makes it a prime corridor for freight traffic as well. Hill Air Force Base adds a substantial military presence and funding to the economy, and Dannon Yogurt and Sysco have regional centers in town. Additionally, government offices have a large presence in Salt Lake City, accounting for 21 percent of jobs. Transportation companies like Delta Air Lines add to the economy, the University of Utah and Sinclair Oil Corporation. The Forbes article also points out that the job growth in Salt Lake City is high; investments by businesses like Twitter, Adobe, and Goldman Sachs have increased that number significantly.

Young professionals are being drawn to the area because of the growth of high-tech companies, and then finding out about the wealth of outdoor activities in the area. Mountain biking, hiking, and rock climbing are all popular, as is skiing in the area. Additionally, public transportation is paramount in the area, something that does not seem lost on the tech-savvy (tech-addicted?) younger professional generation that might prefer taking a streetcar to being gridlocked on the interstates. Light rail and bus lines crisscross the area, enabling quick trips to anywhere around town. Arts and culture abound in the Utah Museum of Fine Art and local galleries, the ballet and multiple theaters around town. Many people are surprised to learn that the city has a thriving nightlife scene, from intimate piano clubs to exclusive cocktail bars and country-western line dancing, jazz, and rock ‘n roll clubs.

Utah and Salt Lake City are actively pursuing a higher level of college graduates with the Prosperity 2020 project, which aims to have two-thirds of all residents holding a certificate or college degree by the year 2020.

Moving to Salt Lake City? Check out Unpakt to compare nationwide movers and get a guaranteed price with no surprises. We’ve also got plenty of the best movers in Salt Lake City for your local move too!