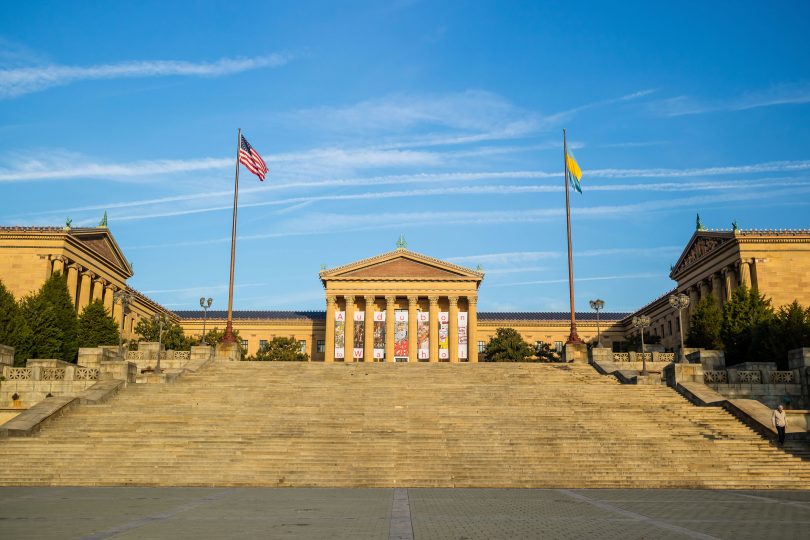 If you’re looking to move to a new city and happen to be a fan of the good old Pro/Con list, make sure that Philadelphia makes it into the comparison race. You might be surprised about the ways in which it surpasses its more popular East Coast neighbors like Boston or New York — like affordability, strong neighborhood feels, and lots of accessible green spaces. So in the margins of that list make a note: “Moving to Philadelphia?” Then keep reading to find out why you should move to Philadelphia.

When you’re crunching the numbers for rent in those other east coast cities, you may notice that the cost of living in Philadelphia is significantly lower. Rent can be as much as half the cost, and despite the rapid development over the past few years and an influx of trendy restaurants and shops, home values haven’t seen a corresponding rocket skyward. That means homebuyers can still get a great deal on a wonderful home with access to a city that keeps getting better and better.

The cultural aspects of the city are still affordable too — you can eat at top-notch restaurants like the highly-acclaimed vegan cuisine at Vedge, and dine with world-class chefs without spending your entire paycheck. So if you land a great job in Philly’s exploding economy, you can live quite comfortably here.

Skip the city parking issues and leave your car at home

Once upon a time, Philly’s lack of parking was a big issue for its residents. But the city turned that lack into an inspiration to create a stellar public transit system, with trains, electric trolleys, subways and buses throughout the city. Philadelphia was ranked the fourth most walkable city in the country and scores pretty highly on being bicycle-friendly too. So rather than worrying about getting around in Philadelphia, you can leave your car at home on the daily. Or even easier: just don’t buy one.

The green space is abundant

When William Penn planned out his city, he included ample green space in his design — and Rittenhouse and Washington Square Parks remain well-kept and beautiful sanctuaries within the bustling city. Philly is also home to the 9,200 acres Fairmount Park, the largest city-owned park in the nation, the icing on the cake for a city with miles of trails and easy access to the Schuylkill River. So city residents need not fear ever becoming too disconnected from the natural world.

The City of Brotherly Love has become family-friendly again

There was a sordid time in Philadelphia’s past when crime rates, race riots, and poor school systems had families leaving for the suburbs in droves. But thanks to a city-wide proactive approach, crime rates are on the decline, schools in Philadelphia have improved radically, and families are returning to the City Center’s neighborhoods. Neighborhoods like Bella Vista, Chestnut Hill, or Spring Garden have an excellent assortment of family homes with access to good school systems and outdoor space, and families have access to a wide variety of museums and other attractions within an easy train ride’s distance.

Philadelphians love to be frugal

Just because you live in one of the nation’s largest cities doesn’t mean your budget has to reflect it. Entertainment in Philadelphia is abundant, even for those on a budget — with “pay what you wish” admission on the first Sunday of the month and every Wednesday after 5 p.m at the Philadelphia Museum of Art, and it only costs $3 to see a show at the Trocadero on Monday nights. Of course, Philadephia’s historical attractions like the Liberty Bell or the lesser-known Edgar Allan Poe House are generally free admission or have days of the week with free admission.

Add to that the city’s widely-accepted BYOB policy at its restaurants, and you’re ready for a full day out on the cheap. Since getting a liquor license in the city is so expensive, many restaurants opt to allow their customers to bring their own bottle of wine, sans corking fee. So pop your favorite bottle in your bag and head out on the town.

Philly is situated nicely for many reasons: one, it’s central enough that it rarely gets any extreme weather, and natural disasters like fire, tornadoes, or hurricanes are pretty unlikely. It never gets too hot (highs in the 80’s perhaps), but it also never gets too cold with an average temperature across the year of 55 degrees Fahrenheit.

What’s more, relocating to Philadelphia gets you much closer to top-notch colleges and universities like UPenn, Temple University, Drexel University, and Moore College of Art & Design. That means access to sports events, guest lectures, educational opportunities, and more. Or if you have a craving for yet another big city? It’s not that far from New York or Boston, Delaware is right next door with tax-free shopping, and New Jersey is there in case you feel like… visiting New Jersey.

If Philadelphia hasn’t won you over yet, perhaps it’s time you visited to see all that the City of Brotherly Love really has to offer. Then we’re sure you’ll be looking for the most recommended movers in Philadelphia to help you call this beautiful city your new home.