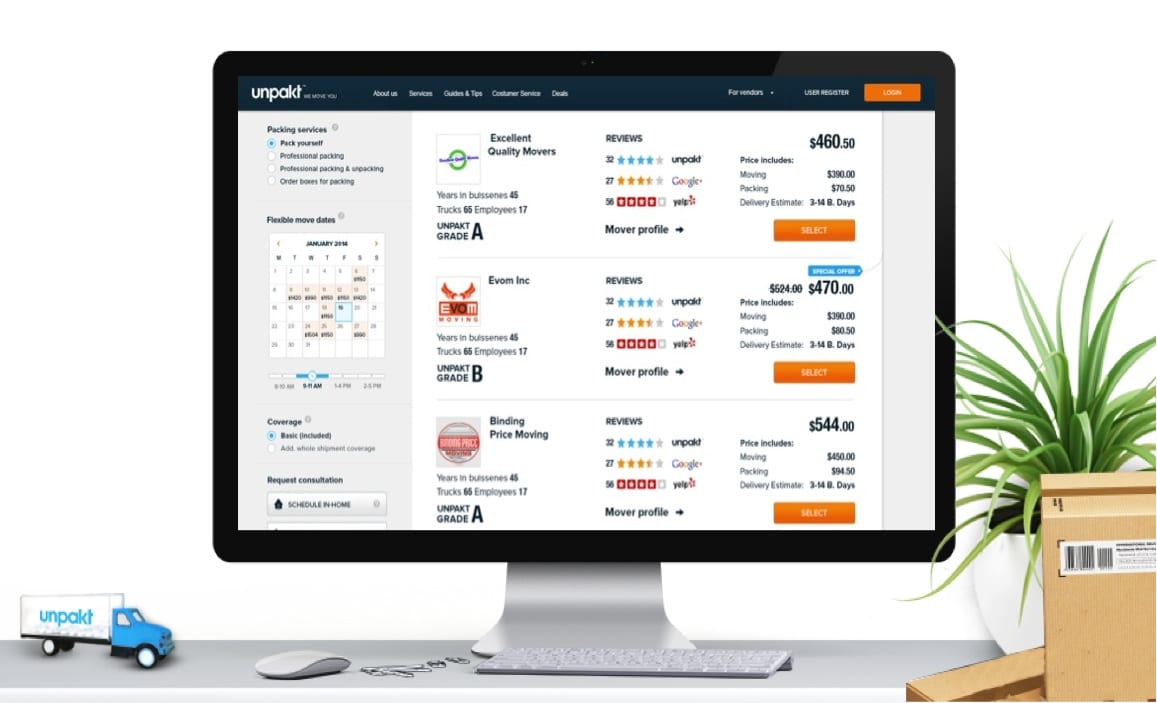 The moving and storage industry is highly fragmented and has historically proven difficult to standardize and regulate. Incorporation of new technologies occurs at a slow pace and the discrepancies between locations, moving companies and state regulations hinder technology advancement in many areas. For the past few years, several online tools and technology platforms have promised to alleviate various moving challenges by providing everything from honest moving reviews to generating multiple price quotes instantly, but consumer insights to true efficacy have been limited. In an effort to eliminate confusion and clarify benefits, a recent study was conducted across a wide sampling of New York moving companies to compare online and traditional booking processes and prices–and the results were astounding. 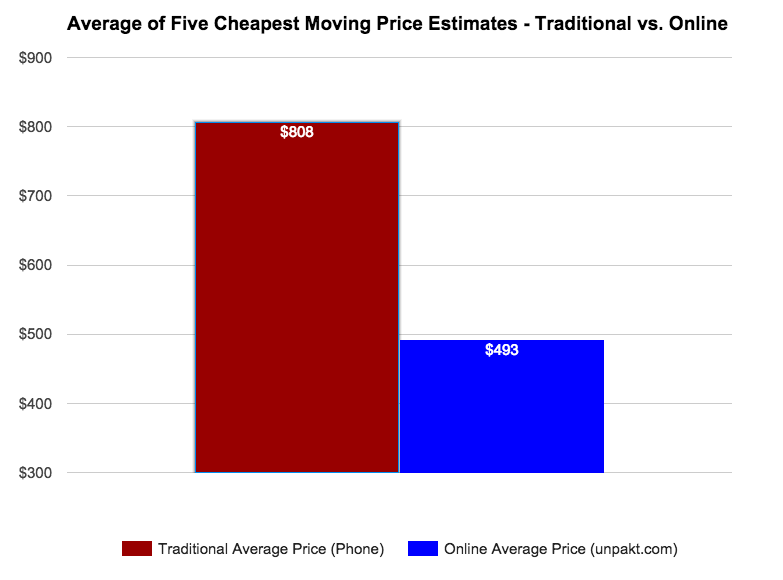 Using a pool of 30 moving companies gleaned by replicating a standard moving customer Google and Yelp search, a single researcher called each company’s sales line to get a quote for an upcoming move. All elements were controlled throughout the process by using a single inventory list of items to be moved, the same origin and destination for the move and the same move date. The intent was to replicate the exact same traditional process that a typical moving customer takes when trying to find and book a moving company.

The researcher did not verify certain key elements, such as licensing and insurance, as most typical moving customers also do not think to ask such probing questions. Movers were contacted 10 days prior to the move day, a standard window of booking time in the New York moving industry. The move was planned for the end of the month, also a typical date for this occurrence. End of the month moves are typically more expensive and more in demand than off-peak moves as they fit standard lease and residential mortgage closing patterns.

After all the standard estimates were received, the researcher then turned to online booking platform Unpakt.com to secure quotes for the same exact move. Several of the movers were replicated in both processes but the results were not nearly the same.

After all, quotes were collected via both traditional (moving quotes obtained via phone) and online methods, the results proved that online booking is preferable under every consideration.

In short, the entire process of obtaining a quote, comparing moving company prices and reviewing previous customer experience was shortened from several days to less than 20 minutes. Additionally, direct financial costs were reduced between 30 and 45% on average, not including the time value of hours and days spent gathering information to book a moving company. 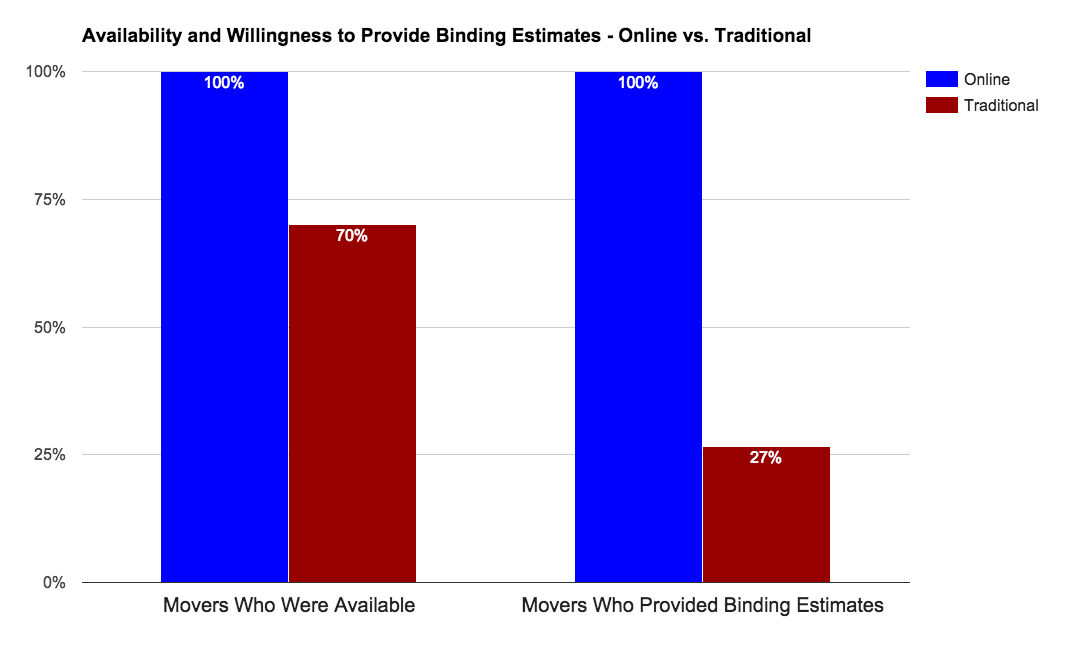 It is not particularly difficult to understand how comparing moving company quotes, reviewing, and booking a move online can be more efficient than via traditional means. One only needs to look to previously disrupted industries such as the travel or personal insurance industries to see why and how these results are possible. However, the vast price discrepancies are a phenomenon worth exploring further.

Moving companies that have embraced the online booking process are more likely to see the benefit of decreased sales and marketing expenditures by utilizing a third party platform to take on the workload. They are able to lower prices simply because they have removed expensive elements such as a dedicated relocation agent, multiple marketing channels and a host of infrastructure needs by outsourcing this to a third party marketplace. This enables the same company to offer drastically different prices to different parties depending on the manner in which they generate a quote.

Additionally, the transparency and formulaic process behind generating the quote keeps moving company prices from fluctuating for other reasons, such as last minute price changes or inefficient sales agents. By standardizing the platform, moving companies are able to keep stable and easy-to-understand pricing. This enables tech-savvy consumer the opportunity to save as much as 45% or more on their moving costs.

Note: This study was conducted on or about October 20, 2015, approximately ten days prior to the intended mock move date as per the Study notes. A researcher conducted and comprised all of the information provided at Unpakt’s request to help illustrate the differences between traditional and online moving processes.