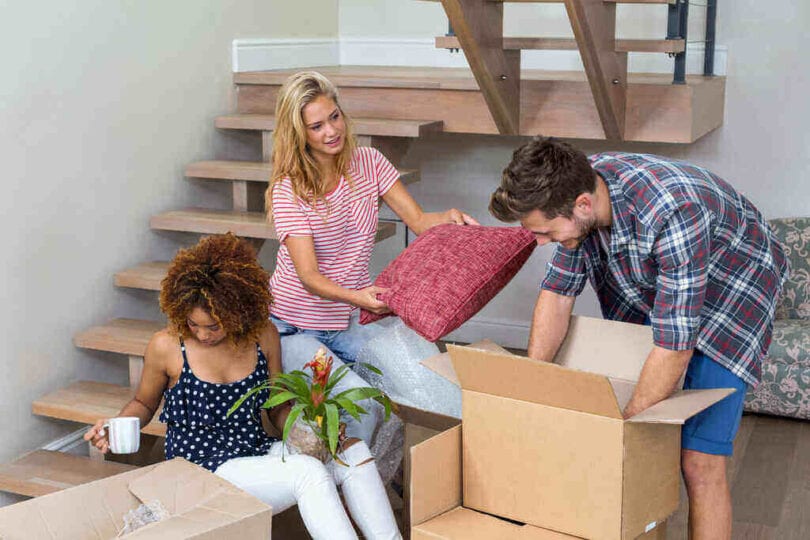 In today’s world, people just pack up and move without really any thought. It is not uncommon for a person to move to a different apartment every year, or to leave everything behind to move cross-country for a job or better climate. Even folks who own a house can simply put it on the market and buy a different one. There is no commitment to the land or real estate. Not to mention, with so many moving companies today, the process is a piece of cake. You do not even have to lift one finger if you don’t want to. Moving was not always this simple. In early days, if you were going to move it took a full effort from everyone involved. Thanks to Unpakt, your moving needs never have to stress you out again!

If you are instantly thinking of the game called “The Oregon Trail” you are not alone. Many have played this game without realizing that it was inspired by true events. The game is based on the Westward Expansion from 1843 to 1869 when more than half-million Americans journeyed over 2,000 miles to the west side of the country. Of course, the game does not begin to teach you how brutal traveling this stretch of land was.

For those who did not pay attention in history, you should know that Oregon Trail is indeed real. It originally extended from Independence, Missouri to Oregon City, Oregon. Traders and fur trappers began laying the trail in 1811, and it was originally only passable by foot or horseback. By 1836, a wagon trail had been cleared all the way to Fort Hall, Idaho.

Families lived in their wagon, often for a year or longer. Also, settlers that were part of the “Great Migration of 1843″ had it even harder. An Army Captain named John Gantt guided nearly 1,000 emigrants to Oregon. When they reached the Blue Mountains, they had to cut their way through heavy timber. Then, when they faced The Dalles, there was no road around Mount Hood. The wagons were disassembled and floated down the Columbia River while essentials were strapped to animals as settlers walked the Lolo trail. That is a commitment to move!

Today, if you wanted to move to Oregon the hardest decisions you would have to make would be choosing a moving company and deciding whether to ship or drive your car. There are hotels to stay in along the way and you can always live in temporary housing if you don’t find a place right away. Can you imagine living in a tent, wondering if your wagon was ever going to arrive down the river at your destination with all the other wagons?

You may get attached to your current house, but can you imagine actually moving the entire thing if you need to relocate? The thought has likely never even crossed your mind. When you move today, you say goodbye to the old and hello to the new. It was not always like this though.

Many houses and other buildings were moved from one location to the next. In the 19th century, Yankee predecessors were simply not willing to tear down structures they had invested labor, materials, and time in. Sometimes full homes were moved intact. Others were moved either partially or totally disassembled. Every piece was marked, so it could easily be put back together. If moved intact, the raised structure would be rolled over timber logs. If a foundation was left behind a new home could be built on top. Everything got reused.

Today, structures and homes are demolished like they are nothing. Builders will tear a foundation out of the ground just to lay a new one. Times have certainly changed. Although you probably would not want to be without the convenience of movers, builders, and a Home Depot down the road, but this might give you a new appreciation of how easy you really do have it next time you complain about how stressful a move is.